The town of Manang

(elevation : 3540m) was absolutely massive. It was also fairly overcrowded as it is a regular stop for hikers who want to acclimatise before their long ascent to Thorong La Pass

(elevation : 5416m). We walked straight through the town, intent to avoid the crowds of hikers, and only stopped once to refill our water bladders at one of the taps at the side of the alleyway.We walked out of the north gate to the prayer wheel with the junction immediately after. This is where the Thorong La Pass direct route and the Tilicho Lake routes diverge. We turned left and down the narrow trail that led through dense bushes that were lined with an assortment of various flowers, before turning into the road that bypassed Manang. Looking back, the proglacial lake that lay right next to the town could be seen. Its location was where the terminus of the Gangapurna glacier used to be several decades ago, but the terminus has since receded further up the valley.

Marsyangdi Nadi and its confluence on the far right of the image; Gangapurna (elevation : 7454m) is hidden behind the clouds
The route followed the edge of the hill past bushes of woolly catmint (Nepeta floccosa) and ran parallel to the Marsyangdi Nadi for a while until it reached the confluence of Thorong Khola, which flowed from Thorong Phedi

(elevation : 4450m) in the north, and Marsyangdi Nadi, which flowed from Tilicho Base Camp

(elevation : 4150m) in the west--both of which consisted of water of different colours.The road switch-backed down the hill whilst the trail led up to a suspension bridge that spanned the Thorong Khola on the right. We were forced to lower our heads and brace ourselves as we crossed the bridge due to the fierce winds that gusted through that were funneled by the gorge from way up north. We continued up the steep pine-tree fringed slope and rounded the rise above. Alpine shrubbery--mainly whitish-purple asters (Aster spp.) and silver edelweiss (Leontopodium sp.)--lined the trail here. Down below lay the twisty road, and even further down, the turquoise-grey river of the Marsyangdi Nadi; the clouds remained low-lying however, so nothing above the dense pine forest on the other side of the valley could be seen. 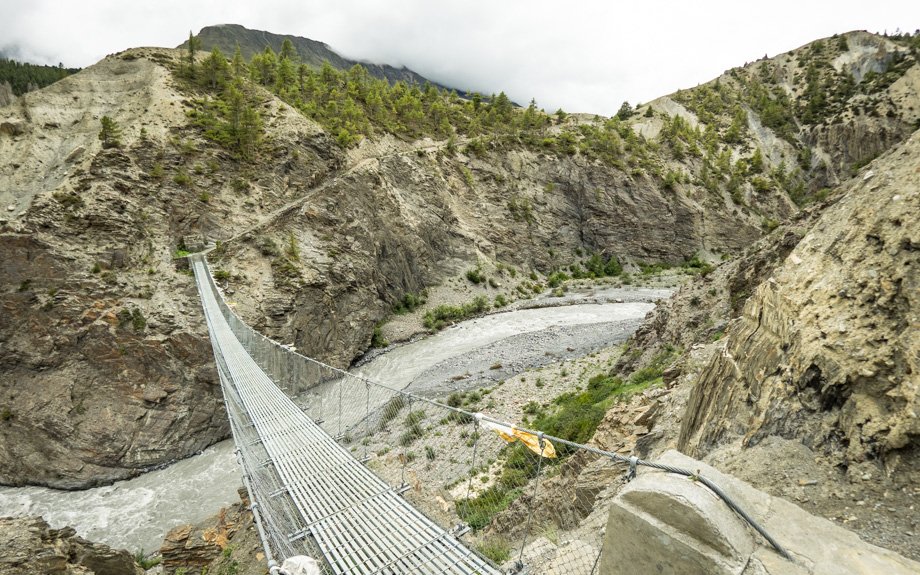 The suspension bridge that spanned the Thorong Khola 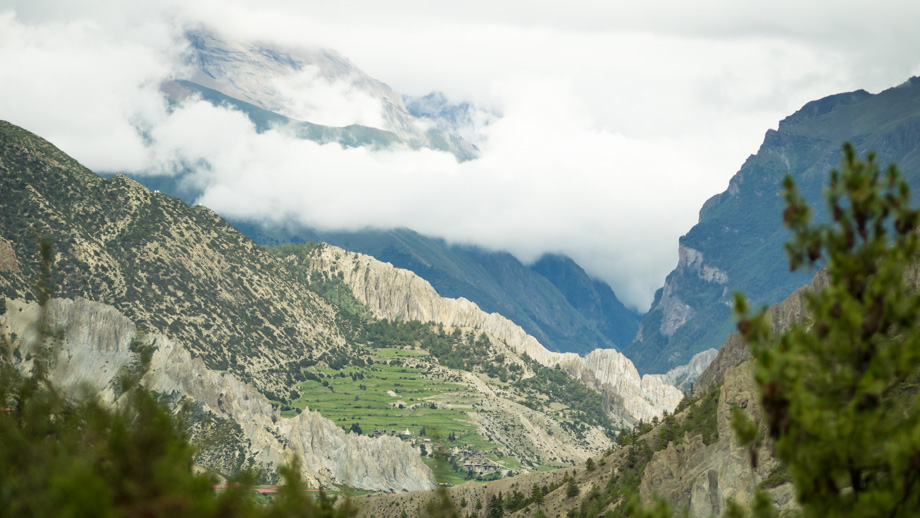 Looking back towards Manang
Just over 12 kilometres in, the trail dipped down to join the road once again, and the hamlet of Khangsar

(elevation : 3790m) was reached not too long after. The sun was fairly low in the sky and the temperatures were beginning to drop by then, so we were quite eager to freshen up before it got too cold. We decided to stop at 'Maya Hotel' (NPR100/2 for the room) where a lovely meal of steaming dhal bhat (NPR500) and hot lemon (NPR55) awaited us.*We were the only hikers at the lodge once again: Day 7/9 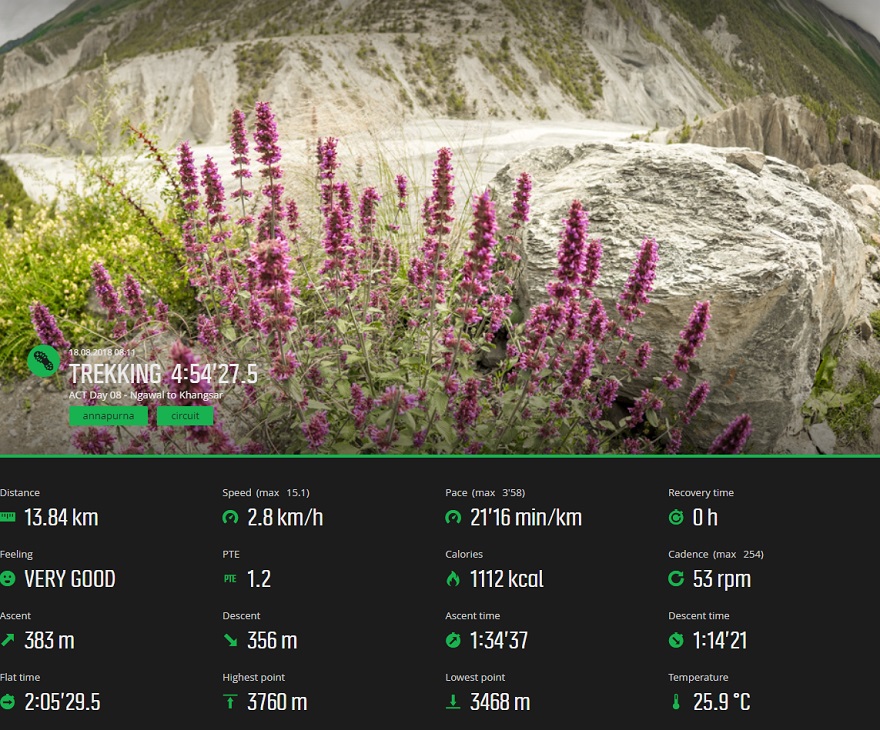 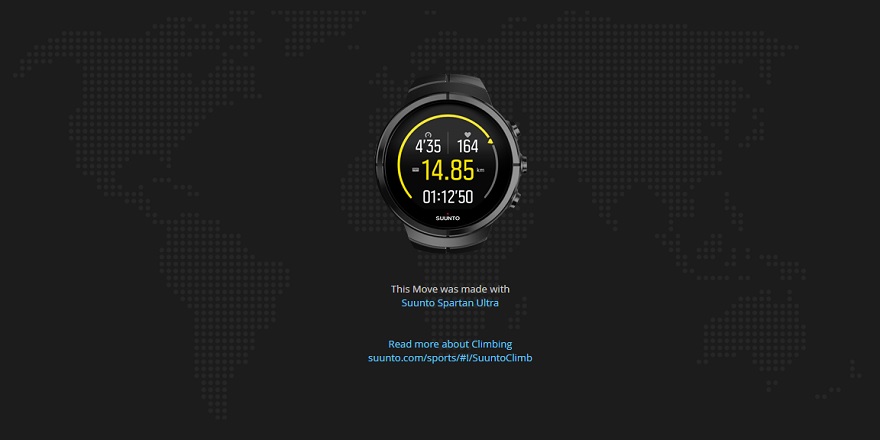 Next (Day 9) : Khangsar to Tilicho Base Camp