Despite the relentless rain of the night before that carried on well into the morning, the group gathered at the front of Anyavee Resort in order to make our way over to West Railay for the ferry to Phi Phi Island that was to depart at 09:30. When we reached West Railay however, we found to our dismay that the beach was completely devoid of boats as the waves were far too strong for any of the boats to safely dock. We were told to instead make our way back to East Railay in which we arrived just in time to secure our place on the 'Ao Nang Princess 7'. The one-way tickets from Railay to Phi Phi Island cost us THB400 each which included the shuttle via long-tailed boats from the shore to the ferry itself.

We made our way to the top deck as soon as we boarded the boat for what was to be a 1 hour 30 minute journey. As some dozed off and some looked at the deck in boredom, Jamie, Chopa and I remained at the bow of the top deck appreciating the wind and taking in the sights and smells of the ocean that surrounded us. The fact that the top deck was elevated seemed to exaggerate the feelings of paltry insignificance of oneself that the vast, almost boundless ocean tends to instigate, the same feeling that I get when looking up into the starry sky. A depth of sorts that one can almost fall into. Everyone began to make their way below to the sheltered lower decks as ominous storm clouds rapidly rolled in, bringing on heavy rain that shaped countless rows of roiling waves that formed corrugated patterns on the ocean before disappearing into the horizon. As the boat rounded the cove and made it's way to the Tonsai Bay jetty, Jamie, Chopa and I made our way down below, cold and drenched but strangely exhilarated. 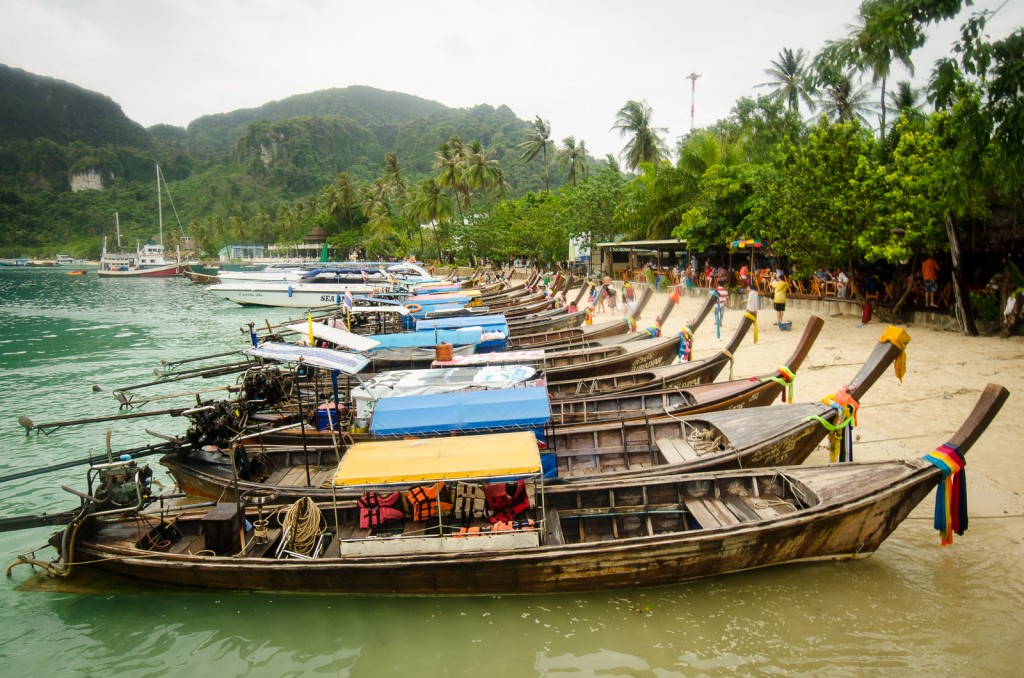 We ducked into the first place we came across that seemed to have cheap, local, Thai food, a place called 'Esamtheroy'. This turned out to be a mistake but by the time we realized that it was the aromatic smells of the barbecued meat on sticks that permeated the air that had lured us in, it was too late. It turned out that the place had a huge order for take-away that they were preparing and despite this they had still encouraged us in to the establishment to take our seats.  The communication and service were bad and the sheer time it took to prepare the meals was atrocious. The meal (which cost THB160 in total) and the barbecued meat were delicious but no where near made up for it.

Since we were now starved for time (the boat returning to Railay departed at 15:30), the rest of the group made their way to the beach just South of the main pier on Tonsai Bay as I made my way in the opposite direction towards the viewpoint up in the hills. There were signs pointing the way strewn at various intervals in the alleyways and where there were not, friendly faces just pointed the way. The hike itself began with just over 300 steps that ended at a sign that stated something along the lines of "This is a Muslim owned area - no alcohol allowed", with a booth just after that charged an entrance fee of THB20. The path then carried on with a gradual slope up the hill for 10 minutes or so before reaching a small rocky outcrop that overlooked the island 186 metres above sea level. The shockingly narrow isthmus with Tonsai Bay on the South side and Loh Dalam Bay on the North was very conspicuous when looking in a south-westerly direction. I considered taking a 360-degree panorama but the sheer number of tourists that were constantly moving around caused me to quickly discard the idea. 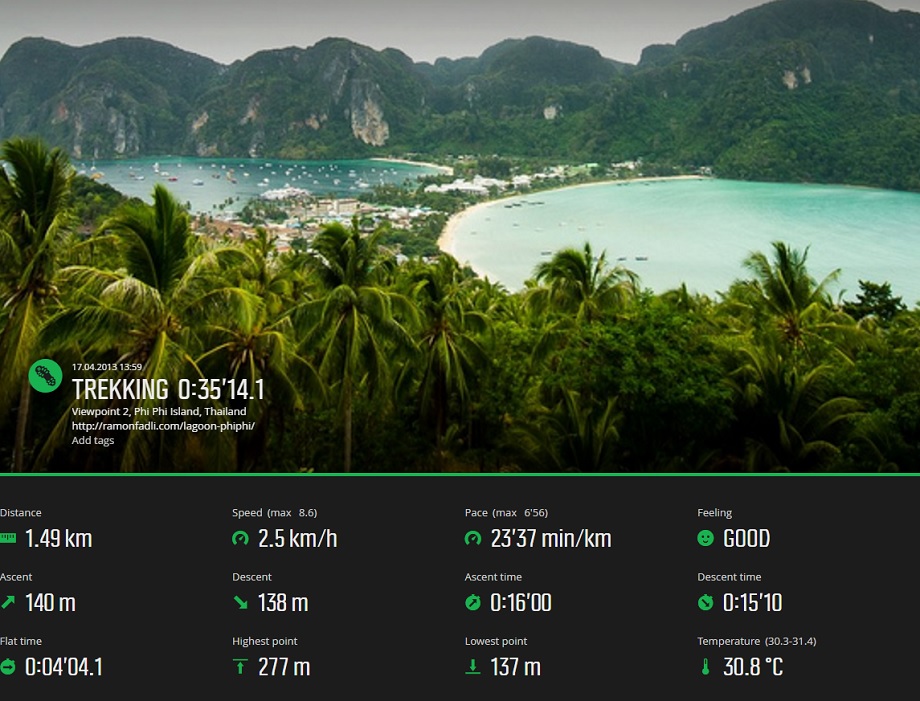 Tonsai Village is a sprawling town of interlinking alleyways that is refreshingly devoid of all vehicles except for bicycles. The streets are lined with ubiquitous dive centers, coffee shops, and bars, and as you make your way down the narrow alleyways a microcosm of colourful sights and smells permeate the air and comes wafting towards you as you enter an almost bazaar-like atmosphere. I wandered around the town for a while before making my way to the jetty.

As the boat (THB400 one way) made it's way back towards Railay, I found myself gazing out to the vast ocean feeling small and insignificant. The ocean tends to do that to me; thoughts of the almost unending vastness of it and the mix between the horrible, violent storms and waves, and the serene sounds and the gentle breeze of a calm ocean always leave me somewhat humbled. I remained in a quiet contemplative mood for the rest of the journey, but wasn't too sure if it was because I was dissatisfied with the lack of time we had on Phi Phi Island or if it was just because I had grown weary.